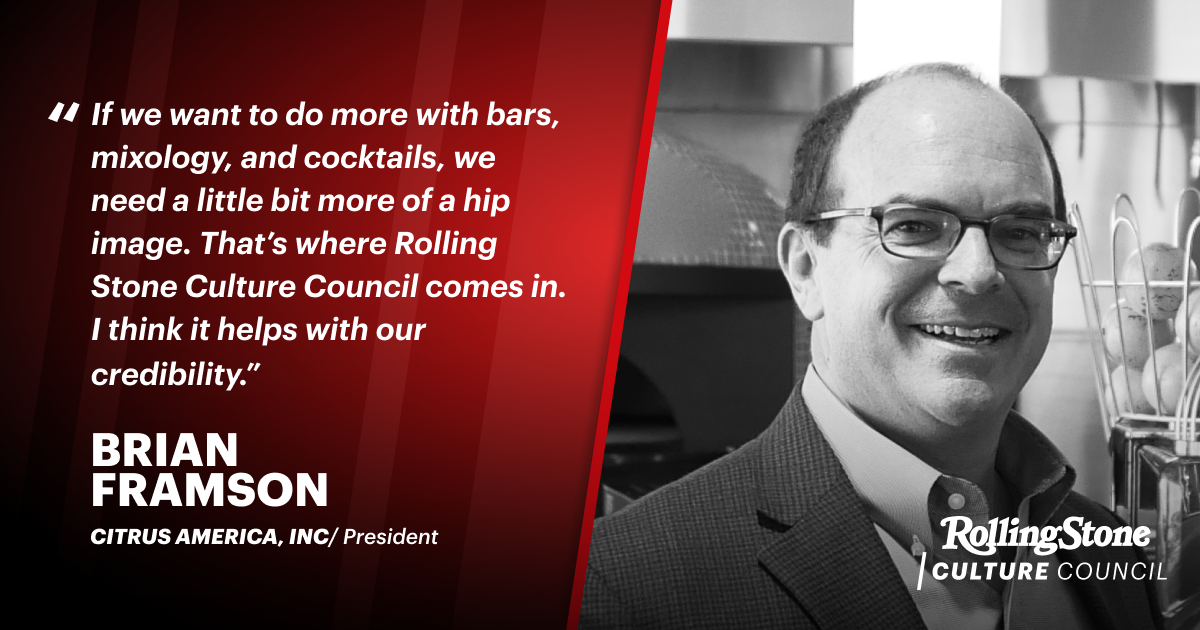 When Brian Framson was living in Austria, it struck him that delicious, freshly squeezed orange juice was easier to get in Austria than in Florida, where he frequently visited his parents. A little sleuthing revealed that the difference was all in a particular commercial juicing machine, ubiquitous in Vienna grocery stores, but scarce in Florida. Framson called his father and asked him to do some research. “He went off and started finding machines,” says Framson. “But they weren’t working, or they were missing parts.” Moreover, employees didn’t know how to properly use the machines. Framson knew an opportunity when he saw it. He had a long corporate career with companies such as Ford, Coca-Cola and McKinsey, and had valuable experience with mergers and acquisitions and turnarounds. But in 2010, he decided to put his extensive skills to work for himself and founded Citrus America with his father, Ron.

The company took shape after Framson tracked down and called the owner of the company that manufactured the Austrian juicing machines. He negotiated a deal that would give him exclusive rights to import the equipment to North America. But he warned his new partner that the venture would not be an overnight success. And it wasn’t. “That first year, we weren’t as successful as I wanted to be,” recalls Framson. “We tried to sell everything to everybody, and so we sold nothing to anyone.” They did sell machines, but the company didn’t really take off until Framson homed in on the grocery industry. “That’s where we’ve really been strong for the past ten years,” he says.

Essentially, grocery stores such as Whole Foods, Giant, and Stop & Shop, buy the machines and encourage customers to make their own fresh juice at the store. Stores pay $10,000 to $15,000 for the equipment but Framson says that a busy grocery store could pay for the investment in two or three months. Some stores sell $100,000 or more of fresh juice annually “if they do it the right way,” says Framson. Citrus America provides training to its customers so they can maximize profits, and has established service networks to repair machines if they break down.

“After one of those [Rolling Stone Culture Council] meetings, I thought ‘wow, I’ve never been that quiet for an hour.' I had nothing to say because I was just listening and learning from people.There were intelligent people on that call who were talking about things I knew nothing about.”

Recently, Framson made the decision to expand into the foodservice industry — restaurants, cafeterias, hotels, college campuses, etc. He started those marketing efforts at the end of 2019 “and in two months, bam,” he says. “We lost three or four months of investing, marketing and business development time.” COVID compelled him to put the brakes on those plans, but he was grateful to still have his grocery customers. “Demand for spare parts was suddenly shooting up because suddenly they were selling lots of juice,” says Framson. “They were like ‘quick, get out the juicers — everyone needs fresh juice to fight the virus.’ That’s what kept the lights on for a few months.”

By mid-2020, business picked up, but the pause gave Framson the opportunity to streamline the company’s operations and also to explore another potential market segment — cocktails. During the pandemic, to-go cocktails became popular and, in fact, kept many restaurants afloat. Framson says the trend is growing. But whether customers are taking out, or drinking at a restaurant or bar, Framson’s pitch is that a cocktail with fresh juice that’s made right in front of patrons is more appealing and will command a higher price. “We’re talking about a three to five-month payback period,”he says.

Prior to the pandemic, Framson had been wanting to do a “Juicing Across America” road trip in a branded truck loaded with equipment. The idea: hit the road and meet with existing and potential customers, giving them hands-on experiences with the juicers and, of course, a taste test. COVID put that on hold, but he finally decided to hit the road in May 2021, starting in Florida and making stops in Texas, Arkansas, Oklahoma, Colorado, Utah, California and Nevada, where he attended the Las Vegas Nightclub and Bar Show. “It’s showing our customers that we’re here and we’ll do anything for them to be successful,” Framson says.

Becoming a member of Rolling Stone Culture Council was part of Framson’s rebranding strategy for Citrus America. “If we want to do more with bars, mixology, and cocktails, we need a little bit more of a hip image,” he says. “That’s where Rolling Stone Culture Council comes in. I think it helps with our credibility.” He’s also been impressed with virtual meet-ups with other Culture Council members and values the opportunity to connect with leaders in other industries. “After one of those meetings, I thought ‘wow, I’ve never been that quiet for an hour,’” he recalls. “I had nothing to say because I was just listening and learning from people. There were intelligent people on that call who were talking about things I knew nothing about.”