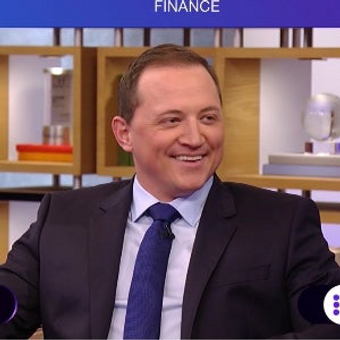 Founder & President of Select at Curaleaf

Founder & President of Select Oil at CuraLeaf and prior the CEO of Cura Cannabis Solutions. Cameron Forni, has become one of the most notable faces in the cannabis industry. A third-generation Portlander, the young CEO and entrepreneur Founded Select, the best-selling cannabis brand on the West Coast, by pioneering what is now an industry standard vape cartridge, free of silica fiberglass and helping push forward hardware innovation. Cameron Forni is known as the leader behind the largest acquisition in cannabis history; in May 2019 Cura Partners Inc.’s Select brand made headlines for its record-breaking, billion dollar acquisition by Curaleaf, creating the world’s largest legal cannabis company by revenue. It’s there that Cameron will continue to lead Select’s rapid expansion across the United States. From creating better hardware, to establishing a better supply chain that is free of pesticides, to building a better company that provides health insurance, benefits and a higher minimum wage – Cameron’s influence in the cannabis industry is built around his relentless pursuit of progress. An entrepreneur by trade, Cameron has always had a hand in building companies, but found his calling in cannabis in 2015 when he began pioneering processes and setting standards in one of the fastest-growing industries in the world. In his role at Cura, Cameron Forni was honored as one of the 100 Most Influential People in Cannabis by High Times Magazine in 2017 and 2018, and as one of the 40 Under 40 to Watch by Marijuana Venture Magazine in 2018. Under Cameron’s leadership, the company placed no. 45 on the Inc. 500 in 2018, achieved a top three place in Portland Business Journal’s Fastest Growing Companies in 2019 and The Fastest growing company in the History of Oregon in 2018, and was named as one of Oregon’s Best Companies to Work for by Oregon Business Magazine in 2018 and 2019. Best Cannabis companies to work for 2018 MG Magazine. Cameron received his Bachelor of Science Degree in Business Administration with a concentration in Entrepreneurship from the University of Oregon. He played hockey in College and still love it to this day.