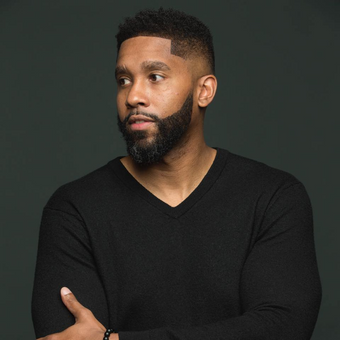 Craig J. Lewis is the Founder and CEO of Gig Wage, a venture capital backed SaaS company that’s raised $13.2 million to-date to meet the demands of the future workforce and to build modern payment tools for it. Investors have included Steve Case (Founder of AOL) and his Revolution’s Rise of the Rest Venture Fund, Foundry Group, Green Dot Corp. (NYSE: GDOT), and more. In an industry where forward thinking is a rarity, Craig’s vision for innovation has pushed an antiquated industry to modernize by designing a service that meets the demands of on-demand workforces. “Simple. Fast. Easy.” Prior to building Gig Wage, Craig was a professional basketball player across Europe before returning stateside and becoming an expert in payroll technology, selling over $10 million in payroll related software for the likes of ADP and others. He was the Chief Strategy Officer of Kairos, a venture-backed facial recognition and emotion detection startup that has been named one of the “Top 20 Startups” by The Wall Street Journal, was selected to participate in the first ever Morgan Stanley Multicultural Innovation Lab, and has reached a $130M valuation. As a Black tech entrepreneur with significant business and growth results throughout his career, he understands the importance of work ethic, teamwork, and the sacrifices required to accomplish the impossible. Embodying the motto, “Go for it,” has been the creed which has propelled him. Notable accomplishments include authoring The Sport of the Sales; being a contributor to Forbes, TechCrunch, The American Payroll Association, PayTech Magazine and Thomson Reuters; sitting on the boards of Visit Dallas, the Friends of Fair Park, and Marketplace Risk; and is a Founding Member of Forbes’ Dallas Business Council. Craig is also an angel investor in financial technology startups like Loop Insurance, a data-driven mobile auto insurance company. As an evangelist of technology and its capacity for wealth creation and therefore its ability to improve lives, Craig’s ultimate mission is to help millions of businesses and everyday people in the gig economy by providing innovative software, unique business models, and a path to financial success. He’s passionate about building this legacy for his four daughters and his wife, Tinishia. Craig graduated in 2004 with a B.A. in Communication and a Minor in Marketing at Morehead State University.

How to Run an Affiliate Marketing Program (and Have It Succeed)

Letting others promote your business can often be the most effective form of marketing.

Purpose: Economic empowerment. Vision: Build the bank of the gig economy. Gig Wage is a FinTech payroll platform created specifically for the 1099 economy and builds comprehensive technology products that take into consideration how money moves through the entire gig ecosystem, not just how it gets to workers. Gig Wage’s technology is shaping the modern financial infrastructure for the future of work by tackling the complex challenge of handling contractor payroll, payments, and banking. Gig Wage considers accounts receivable, banking, accounts payable, consumer spending and, above all, the people that the money impacts. The company’s unique technology enables employers to instantly pay 1099 workers with more control, flexibility and scale, while simultaneously offering independent contractors a convenient and efficient way to receive payments. Founded in 2014 by Craig J. Lewis and headquartered in Dallas TX, Gig Wage has raised a total of $13.2 million from Green Dot Corp. (NYSE: GDOT), Foundry Group, Continental Investors, Techstars, Revolution’s Rise of the Rest Seed Fund, and more.