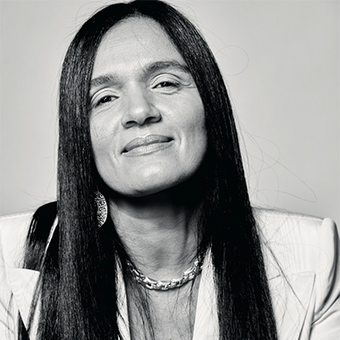 Desiree Perez is the co-founder and CEO of Roc Nation and a talented member of the music industry. Her work was most notably recognized when she was named the Executive of the Year at Billboard's 2019 Women in Music awards. Perez has long had a close relationship with Shawn "Jay-Z” Carter, having worked with him for more than 20 years. It was Jay-Z who oversaw the 2019 promotion of Perez from COO to CEO based on her stellar performance. As the COO, she worked with the many departments at Roc Nation. Desiree Perez absorbed the dynamics of the company, how ideas were introduced, and how different strategies were executed and measured. She would prove instrumental in improving operations, streamlining communication, and identifying ways in which the company could grow. Roc Nation is a full-service company that works with world-famous talents such as Rihanna, Rapsody, and Megan Thee Stallion. The responsibilities and expectations extend far past a typical label. In addition to music, Perez is in charge of philanthropy, film/TV, touring, and publishing. It's her job to understand the company's position in the market and what she can do to leverage its standing to get ahead. Luckily, this is a skill that Desiree Perez has always had. A born negotiator, she knows how to quickly assess a situation for what it is before she starts developing ways in which to capitalize on her strengths. It's how she successfully settled the terms and conditions of Rihanna’s Samsung partnership. These demanding conversations and deals take a lot of maneuvering, but Perez is not one to back down from the challenge. Perez has worked her way up in her field by cultivating relationships and giving back to her community. From streaming services to press releases, she has a solid grasp on everything that happens at Roc Nation and how it fits in with the rest of the industry. Every day she's expected to work with people from every walk of life and try to find a middle ground for everyone's benefit. She's expected to maintain partnerships at a variety of organizations, including the Shawn Carter Foundation, RC24 Foundation, Team Roc, and REFORM Alliance. Much of what she does is rooted in a deep respect for the people in her life, and she's been singled out by numerous industry leaders for her strength of character. Desiree Perez leads philanthropic endeavors to empower underserved communities. She takes steps to push the company to explore new territory. She might not be the most vocal person in a room, but her understated confidence makes her an undeniable presence. Desiree Perez has formidably climbed the ladder, using each rung to develop her abilities to the fullest before moving onto a new echelon. Jay Z has long praised Perez for her instincts and insights. In fact, when she was named Executive of the Year, she credited Roc Nation for being an unfailing supporter in her work. Her industry background, intelligence, and people skills are at the heart of her rise, combined with an unstoppable determination to be the best version of herself.

3 Ways Leaders Can Address Gender Inequality in the Music Industry

Being a woman in a male-dominated industry comes with challenges, but change is possible.

Company With a Cause? Nine Ways to Ensure Your Customers Trust You

When dealing with cause marketing, it’s important to promote honesty and legitimacy.

Roc Nation is a full-service entertainment agency founded in 2008 by Desiree Perez and Jay-Z. Roc Nation represents some of the biggest names in sports and entertainment, from Rihanna and Megan Thee Stallion to Dez Bryant and Jaire Alexander. Roc Nation works with talented and award-winning producers, songwriters, and other innovators in the industry. Roc Nation works in a variety of verticals, such as brand development, music publishing, talent management, touring, production, film and television, and more. Leading the way in fashion, tech, and philanthropy, Roc Nation remains at the forefront of the entertainment industry, disrupting, redefining, and innovating along the way.