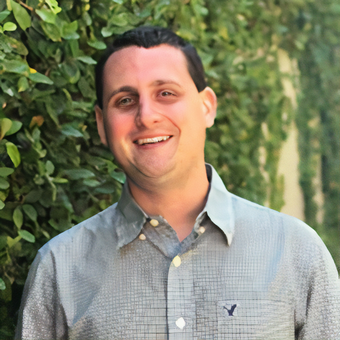 Evan Nison has helped reform cannabis laws since 2008 and is the youngest member of the NORML National Board of Directors. He was included in Marijuana Venture’s 40 under 40 and High Time’s 100 Most Influential People in Cannabis. He also received a pen used to sign the New York medical marijuana law and New York 911 Good Samaritan Law, both of which he was heavily involved with in the early stages of development. In 2012, he founded NisonCo PR, one of the largest cannabis PR firms, which Business Insider called “the imminent PR agency in cannabis” in 2021. In 2018 NisonCo also launched an SEO agency, which has become a leader in cannabis SEO. With about 25 employees, the cannabis PR and SEO agency works with dozens of industry leaders in cannabis and other cutting-edge industries across the globe. They’ve represented viral celebrity brands, leading MSOs, NASDAQ and billion-dollar IPOs, national voter-registration drives, and some of the largest vaporizer and CBD brands in the country. The Observer listed NisonCo at the top of their Cannabis PR Power List in 2019. Evan has also been featured in major news outlets, including Good Morning America, the NY Times, CNN, Politico, USA Today, NBC New York, Bloomberg TV, Forbes, and has been profiled in The Cannabist, Civilized, Ithaca Times, Home News Tribune, The Marijuana Times, and the Sun Times.

3 Reasons to Pay Attention to SEO Marketing for Your Brand

Investing time into SEO strategies — no matter how basic or advanced — gives a web presence to your brand that is within your control.

Company With a Cause? Nine Ways to Ensure Your Customers Trust You

When dealing with cause marketing, it’s important to promote honesty and legitimacy.

Public relations is about more than just generating media coverage. It is about generating the right kinds of media coverage in the right places. NisonCo works with cannabis industry leaders to develop a customized approach to public relations that will focus on generating media coverage in the outlets that reach the audiences they need to reach. With a proprietary database of over 10,000 reporters working for everything from local newspapers to national TV, NisonCo helps cannabis industry leaders find the right outlets and reporters that align with their strategic goals and objectives. Through strategic public relations and access to an unmatched network, NisonCo helps position cannabis industry players as experts and thought leader. NisonCo also helps to identify and to secure speaking engagements at premier conferences and industry events and provide assistance in applying for awards.