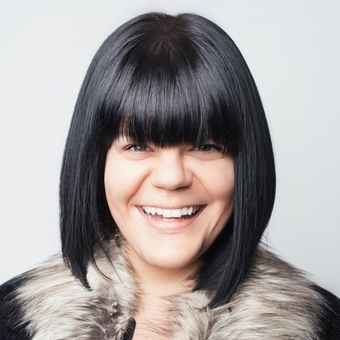 Jade Driver grew up in Richmond, Virginia was introduced to music at an early age, her parents would play music that was “clean” she explains, like The Monkees, The Partridge Family, and The Beatles. She laughs when explaining that she loved The Chipmunks, they were the first boyband that she became a big fan of. As she got older and her tastes evolved, she started listening to Debbie Gibson, New Kids On the Block and eventually, the Backstreet Boys. “I went to my guidance counselor in high school and told her I want to work for the Backstreet Boys and she told me that wasn’t possible but I told her I would figure it out, it took me a long time but I did,” she proudly states. She started running fan street teams from her bedroom, participating in show choir and eventually ended up at Middle Tennessee State University where she met Cassie Petrey.

Next Level Digital Strategy. Crowd Surf is a digital marketing agency that is very focused on connecting artists, brands, and public figures with their audience. Anything that involves communicating with your consumers is something we deal with, which includes: Website Development and Maintenance Social Media Content and Management E-mail List Creation and Strategy Technology Partnerships Digital Creative Direction and Services Influencer Relations Digital PR