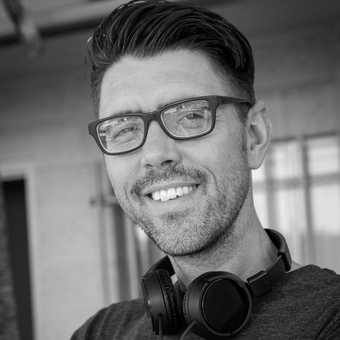 Kelly Schwarze is an Emmy Award © recipient filmmaker, author and entrepreneur who has successfully produced and directed eight feature films, three TV documentaries, and scores of commercials. Throughout his career he has also served as a cameraman and DP for A&E Networks, History Channel, ABC and Scripps Networks. Additionally, Kelly is co-owner of the Las Vegas-based film studio Indie Film Factory, which was founded by his wife Charisma Manulat in 2011. Since then, the studio has facilitated over eight independent feature films, and a variety of popular TV shows from NBC, ABC, Disney, Amazon Studios and EOne. His areas of expertise are in micro budget filmmaking. He specializes in films ranging from $30,000 to $100,000. He works primarily with ITN Distribution for the release of his titles, but also maintains self-distribution rights through his own licensing company. His latest film Darkest of Lies is schedule for release early 2023. In addition to filmmaking, Kelly is the author of three books on the topic of filmmaking including What Film Schools Don’t Tell You, A Filmmaking Mindset and Filmmaking for Kids. Recently, Kelly launched his new kids chapter book series Myron Pesky. Starting with the first book, the Basketball Nightmare, the series takes readers on a hilarious journey with the socially awkward middle schooler Myron Pesky. The second book in the series, the Horrible Bully comes out later this year.

As the amount of e-commerce channels and online competitors increase, businesses must choose the right tactics to stand out.

10 Skills or Traits Any Good Customer-Facing Employee Should Have

Any employee who interfaces with customers should have the right skills to properly and effectively represent your brand.

Independent Creators: How to Scale Your Business While Maintaining Your Autonomy

Staying autonomous as your business scales up requires a strong understanding of yourself and your mission — and trust in your team to carry out that mission.

A Film Expert's Tips for Improving Your Marketing Videos

There is no doubt that video is one of the most crucial tools in your marketing arsenal.

It’s not just a matter of if you should or shouldn’t react — it’s how.

The definition of what a leader should be has evolved over the years.

13 Tips for Writing Thought Leadership Content That Truly Stands Out

To get noticed, you’ll need to provide something worth noticing.

Film Distribution: My Advice for Finding the Best Deal for Your Movie

Every first-time filmmaker should learn as much as they can about marketing, development and distribution.

Eight Signs Your Marketing Is Coming Off as Inauthentic to Customers

Nine Signs Your Influencer Partnership Might Not Be Working Out

Not every influencer is a good fit for every company — and vice versa.

How to Elevate Your Indie Filmmaking Enterprise

In the end, the goal should always be to build a beautiful body of work.

There are a myriad of fresh ways to get the word out to potential customers.

Indie Film Factory is a video production agency and motion picture company located in Las Vegas Nevada with its mission to empower the next generation of filmmakers. The company was established in 2011 by Emmy©-Recipient filmmakers Charisma Manulat and Kelly Schwarze. In addition to the movies IFF has produced under its entertainment wing, the company also services as a video production resource for businesses, network television and marketing agencies. It offers clients affordable video production options including marketing videos, brand films, commercials, and social media videos.