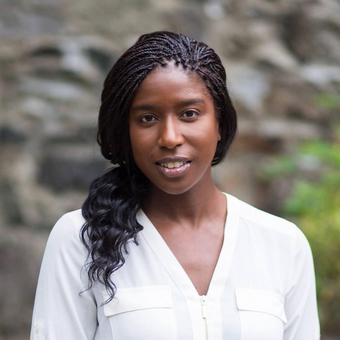 In 2006, Kim opened The Hempest Harvard Square, a small business located in Cambridge, Massachusetts. In doing so, Kim became the first female of color to own a cannabis-related business in the state of Massachusetts. The mission of the Hempest was to bring hemp and cannabis back to the regulated marketplace. In furtherance of that mission, Kim went to Suffolk University Law School in 2012 with the specific goal of legalizing cannabis to create equitable access and opportunity for everyone. Kim graduated in 2015 and in early 2016, she became the Director of Outreach for the Campaign to Legalize Marijuana in Massachusetts. The campaign was a success and Kim was appointed by Governor Baker in 2017 to serve as his Expert in Minority Business Development on the Cannabis Advisory Board of the Massachusetts Cannabis Control Commission. Now in her third term as a CAB member, Kim has participated in the following subcommittees: Cannabis Industry, Public Safety and Community Mitigation, and Market Participation where she is serving a second term as committee Chair. Kim has been a registered Massachusetts medical marijuana patient since 2014. Kim is also a certified social equity program participant. As an attorney at Vicente Sederberg, LLP, Kim represented local and national cannabis operators in matters ranging from equity and inclusion, and corporate social responsibility, to licensing with a focus on ensuring equal access to representation and advocacy for social equity, minority, and other diverse clients. Kim has worked with national organizations focusing on cannabis policy including the Cannabis Trade Federation, as a member of the Diversity, Equity, and Inclusion Task Force, on the Social Equity and Inclusion Subcommittee of the United States Cannabis Council, and the Minority Cannabis Business Association, where she assisted in the ongoing development of the MCBA Model State Policy which served as the basis for the equity components of Massachusetts’ adult-use cannabis law. Kim is recognized as a thought leader in the cannabis industry and received the Champion in Corporate Social Responsibility award in 2021and the Champion in Diversity and Inclusion award in 2022 from NECANN. Shaleen Title, the Massachusetts Cannabis Control Commission’s inaugural Social Justice Commissioner, said that: “Kim was the face of legalization when it was still a political risk, and I consider her the conscience of the industry.” In sum, Kim works to move the industry forward with efforts that are tailored to the varying needs of the Client or Community at hand. She also loves Phish.