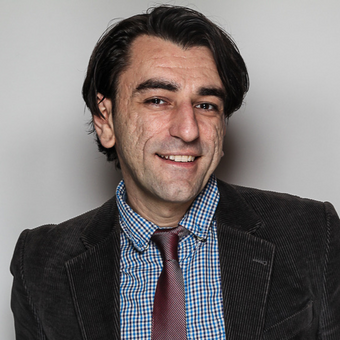 "Ambassador of World Music" - PollStar Magazine Mehmet Dede is an internationally recognized, award-winning Music Curator, Festival Producer and Tour Promoter with 20 years of experience in the culture space. He has produced concerts and event series in collaboration with Lincoln Center, Central Park SummerStage, the Town Hall, the Kennedy Center and many more. Since 2010, he serves as Director of Programming at downtown Manhattan venue Drom. He is the curator of the annual NY Gypsy Fest, a grassroots festival now in its 15th season. Previously, Dede worked at concert promoter Giant Step and Universal Music Group. Dede works with world-class international artists to introduce them to US audiences by producing nationwide tours and his consulting expertise is often sought by cultural organizations in France, Hungary, England, Poland and Romania. In 2016, he joined the Music Industry department at The Hartt School where he teaches on performing arts entrepreneurship and music management. He was profiled in The Wall Street Journal, Forbes, Pollstar, and featured on PBS and Voice of America. He is the recipient of the 2021 globalFEST Impact Award and a Fellow of the Royal Society of Arts. Dede holds an M.A. from New York University and is an alumnus of Leadership Music's Executive Program in Nashville.

As people slowly gather together again, customers will expect new experiences from venues.

What Independent Music Venue Promoters Can Learn From the Pandemic

Unless all members of the independent music community are on board, none of us can truly come back.

Entrepreneurs: 12 Tips to Improve Collaboration and Move Your Business Forward

Don't let the silos of your day-to-day work hinder your ability to collaborate as a team.