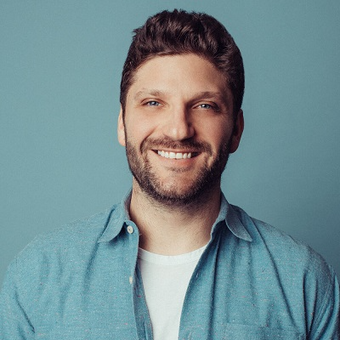 Producer, writer and director Michael D. Ratner founded OBB Pictures in 2016 and under his leadership the company has grown into OBB Media, a leading media company with divisions in film, TV, digital, podcasts, branded content, and social good, and has amassed over 1.3 billion views. Since its inception, OBB has carved out a stronghold in the new media space creating award winning content. In addition to running OBB and expanding the business, Ratner continues to act as a multi-hyphenate leading creative on OBB’s marquee projects. Ratner recently directed and executive produced the Justin Bieber: Seasons docuseries for YouTube, which broke the record for YouTube Originals as the most-viewed premiere ever, tallying over 32.65 million views in its first week alone. In addition, Ratner also directed on and executive produced &Music for Quibi, and executive produced The Harder Way for ESPN+. He also directed and produced Justin Bieber’s music video Intentions, which featured Bieber and Quavo highlighting the stories of 3 Los Angeles women’s struggles, and launched the $200,000 Intentions Fund to support families at Alexandria House and increased donations by 800% in its first week. Within the first 19 hours of release, “Intentions” surpassed “Sorry” and became Justin Bieber’s second most viewed music video as lead artist on YouTube in its first 24 hours. Prior to that, Ratner served as executive producer and director on OBB’s Historical Roasts for Netflix. He is the creator, showrunner, director and executive producer of Cold as Balls, starring Kevin Hart, which has garnered over 861 million viewers to date and just wrapped its third season. Ratner has also produced and directed a number of films that have premiered at Sundance, Tribeca, and SXSW, including Gonzo @ the Derby for ESPN’s acclaimed 30 for 30 series, which followed Hunter S. Thompson’s trip to the Kentucky Derby and is narrated by Sean Penn. Ratner graduated summa cum laude from the University of Pennsylvania where he received a BA in Film & minor in English. He went on to receive a Master of Fine Arts in film directing, writing, and producing from New York University’s Tisch School of the Arts. He is a member of the Producers Guild of America and was honored on Variety Hollywood’s Creative New Leaders 2018 as well as Forbes 30 Under 30 Hollywood & Entertainment class of 2019. Ratner is represented by the United Talent Agency, 3 Arts Entertainment, Morris Yorn.

OBB Media is the parent company to OBB Pictures, OBB Sound, OBB Branded and OBB Cares. Founded in 2016 by Michael D. Ratner, the multimedia production company specializes in TV, digital, film, podcasts and branded content. Ratner, alongside co-founder Scott Ratner and a team of talented storytellers, create scripted and unscripted projects for a wide variety of distributors, with a portfolio of work spanning comedy, drama, sports, and music. The Emmy award winning full-service production company has its offices, post-production facilities, and state of the art podcast studios headquartered in West Hollywood, California.