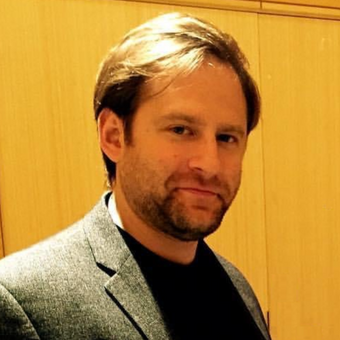 Richard is the Founder, Inventor & CEO of MyStream. Richard envisioned MyStream® as a way for people to connect, directly and wirelessly, to share real-life experiences and live-playing-media without needing an internet connection. While traveling and (occasionally) studying abroad in college, Richard found himself listening to the same few songs on his iPod, while his friends enjoyed their larger libraries of content. He began to wonder, why can't our devices live-stream directly and wirelessly amongst each-other? With that in mind, Richard created MyStream to finally enabled people to "Share Music, Not Headphones!"™. MyStream’s initial app, which provided synchronous live-streaming audio and video, and asynchronous playlist streaming, was called an “Awesome App” by Rolling Stone and a “Leader & Success” by Investors Business Daily. For MyStream, Richard and his team created a custom cloud which also solved many other problems that impair daily communications, from automating the otherwise manual and clunky process of discovering and connecting to other devices, to enhancing the communication capabilities once connected. An active member of the tech and entrepreneurial communities, Richard is a member of the MIT Enterprise Forum of NY, Nexus Global, the Forbes Impact Investing Community, the Young Entrepreneurs Council, and Entrepreneurs Roundtable. Richard holds four (4) granted U.S. Patents on MyStream® and its core communication technologies.

MyStream® is a patented mobile cloud communications platform, originally created to provide synchronous live-streaming directly between mobile device, even without a user provided internet connection. With the upcoming release of an API, other applications, in addition to the MyStream® App, will be able to leverage MyStream®’s revolutionary cloud for other new uses, even when offline, such as: automated device discovery and instant connection, dynamic multiplayer games, IoT, telecommunications and more.