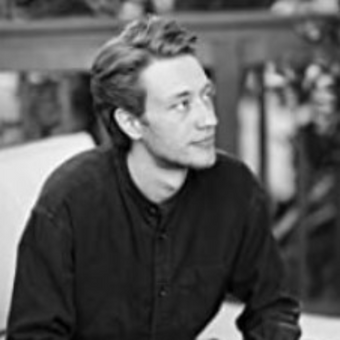 Trey Terpeluk is the founder of Yo Productions, an artist driven production company working across several disciplines. He & his company work with an array of talent to bring their unique visions to life. Their mission is to honor those who came before them by innovating new ways to tell great stories, while respecting the traditions that inspired us to create. An unconventional man with with a very unconventional childhood. As the son of Peter Terpeluk II, who was the United States Ambassador to Luxembourg under the tenure of President George W. Bush, Trey's upbringing enabled him to receive an exceptional education while also traveling around the globe and being exposed to the some of the most influential world leaders. This most extraordinary background gave Trey the passion to produce films and work with some of the most respected filmmakers and brilliant storytellers. Before the age of 25, Terpeluk established Yo Productions with the goal to collaborate with other like-minded groundbreaking artists who bring an unprecedented level of expertise and authenticity to their process and see the world through a unique lens. Terpeluk recently co- produced the 2020 SXSW Hunter S. Thompson film Fear & Loathing in Aspen which was purchased by Shout Factory and slated for an early 2021 release. Yo Productions has numerous projects in development including those with Academy Award winner William Goldman's estate and Ed Pressman (Wall Street, Thank You For Smoking) plus a Kaufmanesque project with his mentor, now partner David Carmen, founder of Anonymous Content.

When Trey Terpeluk came to Los Angeles, he knew he wanted to produce iconic projects that stood the test of time. As an entrepreneur he wisely understood the best creations are made by a team that shares a singular goal. Initially, he made his way to prominent producers and executives, honing his skills under some of the top Hollywood minds while helping to bring their projects to life. Having built his experience working with producers like Ed Pressman and David Carmen, Trey began to put together his own projects. His goal was to craft elevated features, documentary, and short form films. With his great eye for material and a willingness to hustle he formed Yo Productions in December of 2019 as the launching pad for his vision, but to take the next step he needed the right creative partner. Trey was introduced to filmmaker Tyler Ford in 2020, and they immediately felt a brotherly kinship. Each saw in the other the missing piece of the puzzle. They combined their roster of projects and quickly saw those stories take shape. Trey brought a global business acumen, while Tyler balanced that with a uniquely passionate approach to storytelling. As a team, they dutifully sought out the additional players that would form the next iteration of Yo Productions. Like the gathering of the Magnificent 7, the pair brought in others with expertise in diverse yet complementary areas like Doug Scott, Chris Case, Ayelet Weinerman and Michael Roban. Together, they shared an ethos where ego fell away and the only thing that mattered was making cool shit that blew minds and touched hearts. For the first year Trey set up shop in the famed Charlie Hotel, the former to studio of Charlie Chaplin so they could tap into the creative energy of the old Hollywood as they laid the foundation for the company and its first projects. Soon this Family had made a name for themselves and began nurturing partnerships and projects that have the power to create a positive impact on culture and brighten the world.