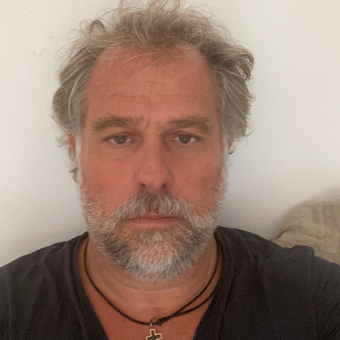 Vicenc Marti is elrow President and Board Member. He joined the company in late 2014, partnering with the founding family at elrow, the legendary Arnau family from Fraga, Spain. In his capacity at elrow, he leads the finance, strategy, brand partnership and IT functions, working alongside CEO Juan Arnau Jr. Vicenc has been instrumental in developing elrow as the largest show travelling concept in the world of electronic music, with 160 shows in 75 cities in 40 countries. More than 1 M people attend an elrow party every tear. Vicenc is also the former CEO of Tangelo Games and still advises the company on M;&A. Tangelo is, a leader in social casino mobile games. Vicenc founded Tangelo s predecessor, Akamon Games, in 2011 and was its CEO until it was sold to Tangelo in November 2015. He is also an Advisor at Spice VC, a fully tokenized fund that is investing in leading blockchain start ups and ICO. Simultaneously, he is a Board Member at Tipsterchat, a start up in the content for sports betting space as well as President of the leading Immersive Marketing Agency The Department UK in London and a Founder at The Department Studios, a hot start up with premium IP in the Immersive Theatre industry. Priorly in his career, he was the CEO of the fashion company Custo Barcelona as well as CCO ( Chief Commercial Officer) of Vueling Airlines, participating in the four person IPO team which took the company public in December 2006. Before that, he spent six years at the global gaming and gambling giant Cirsa. Vicenc held various positions at Cirsa, including a stint as CEO of the interactive gaming business unit, Cirsa Interactive. Vicenc attended Saint - Louis University in St. Louis, Missouri, USA and graduated with a BA Cum Laude in Communications in 1993. He also obtained an MBA from IESE Business School in 2005 and successfully completed the Stanford Business School Senior Executive Program in 2009 as well as Oxford s Said Business School course on Blockchain Business Strategy in 2018 . He also completed Singularity University Executive Program in February 2019. Vicenc was born in Barcelona, Spain in 1968, and is today 52 years old. He is married with three children as is based between Barcelona and Ibiza, although in the world prior to Covid he traveled frequently to New York, San Francisco, Las Vegas, London, Tel Aviv and Singapore. He speaks four languages: English, French, Spanish & Catalan and enjoys sports, cooking, reading. His two passions are his yearly pilgrimage to Burning Man in the Nevada desert and to follow FC Barcelona wherever they play.

These popular trends may have enough staying power to last well into the future.

Stories, Reels and TikToks can be great ways to connect with your audience and highlight your brand.

Could NFTs Be a Potential Game-Changer for the Live Events Industry?

The live events space is only one of the many industries that could be completely disrupted by NFTs.

10 Tips to Take More Calculated Risks as a Business Leader

In the culture space, taking risks is necessary if you want to reach new heights.

Since 1870 and through 6 generations, the Arnau have only had one thing in mind, to entertain and make people have fun. Today, more than ever, this remains our mission in a new period for this long line of entertainers, under the name of elrow Family. We want you to enjoy our shows and performances. Our overwhelming obsession is to never let our public down. Our driving goal is for you to have fun and a great time when you come. While we continue to do so, we can only say it is an honour for us to be here for you and make you a little bit happier. You are also part of the show. So welcome to the elrowFamily. *GREAT SHOWS NEED EVEN GREATER TEAMS* Know more about us at elrowfamily.com